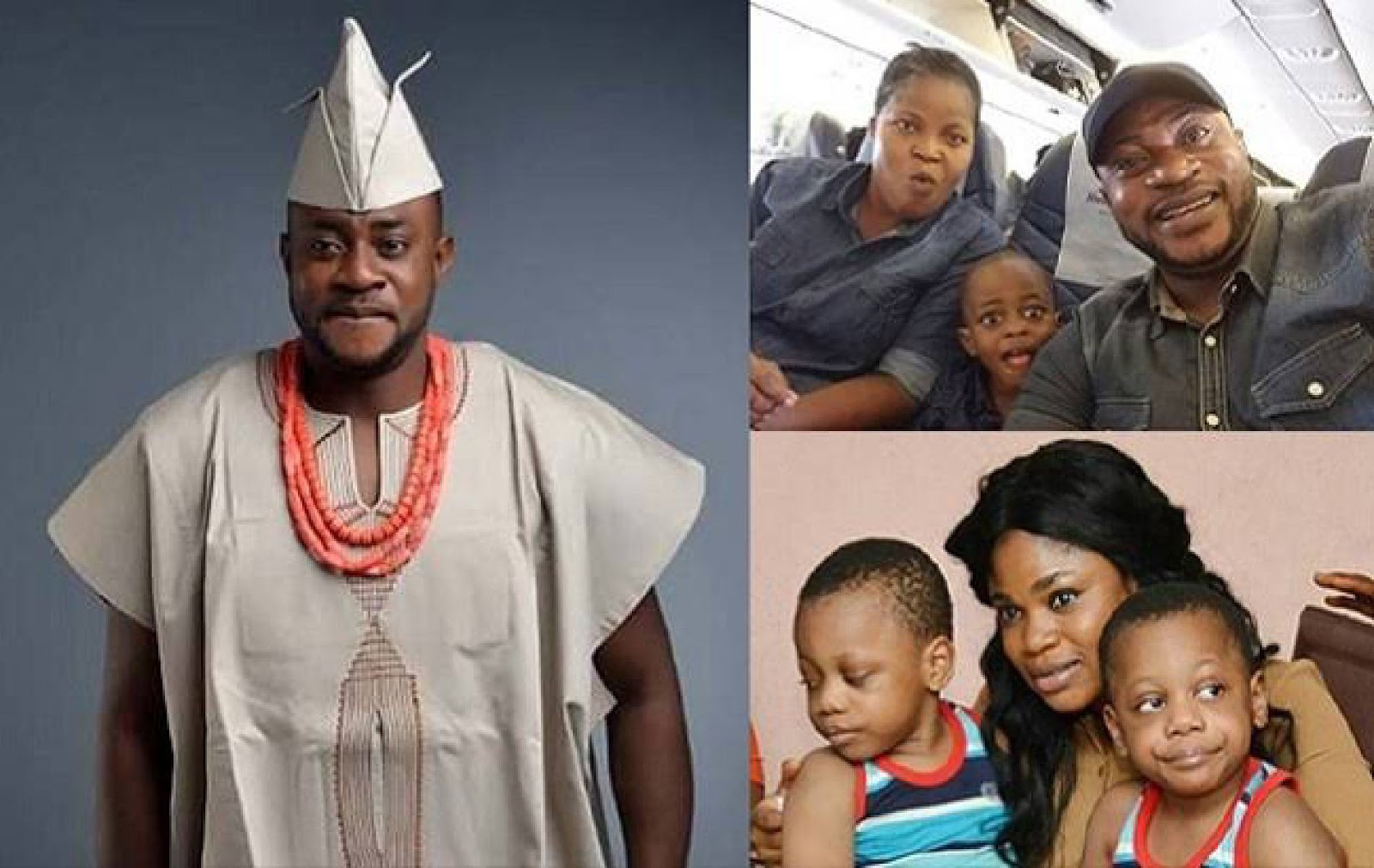 Popular Nollywood Actor, Odunlade Adekola & Family
The Yoruba film industry, like many ethnic film industries, has taken advantage of the rise of social media and the internet in general. Over the years, the industry has created many talented and charismatic performers who excel in the field of acting both inside and outside of the industry, and Odunlade Adekola is one of them.
Within the Yoruba entertainment community, Adekola is a household name, having dominated the industry with his outstanding acting abilities over the years. Nigerians would approve if you call him the “meme king of Nigeria.”
The veteran Yoruba actor, like many other well-known actors, had a passion for acting as a child. He began by acting in drama sessions at his home church, the Christ Apostolic Church, Lafenwa, Abeokuta, with his childhood friend Tunde.
Tunde, who was a part-time actor at the time, introduced him to a theatre group as time went by. The team’s leader noticed he was a good actor during his first meeting with them, and he was finally accepted into the squad.
Odunlade was also a successful singer at the time, but his love for acting overshadowed his musical abilities. In 1996, he eventually made up his mind to try a career in acting. In the same year, he began working in the Yoruba film industry, and in 1998, he became a member of the Association of Nigerian Theatre Practitioners.
The actor’s early years in the film industry were not pleasant, as he faced numerous obstacles. In the film Faworaja, he played one of his first roles in the Yoruba film industry. Faworaja, directed by Bolaji Amusan and released in 1999, did not immediately launch Adekola into the spotlight, but he got his big break with the Yoruba comedy film Asiri Gomina, directed by the late Ishola Durojaiye (Alasari).
The Yoruba super actor is also a filmmaker, director and singer in addition to acting. Odunlade Adekola Film Production (OAFP) is his own film production company, and he is said to have appeared in over 100 Yoruba films.
Adekola is well-known in the Nigerian film industry and on social media. He is so well-liked on the internet that his photos are often used as internet memes. He has also won the City People Entertainment Awards Best Actor of the Year (2011), City People Entertainment Awards Best Actor of the Year (2009), African Magic Movie Award for Best Actor, City People Entertainment Awards Best Actor of the Year (2014), African Magic Movie Award for Best Existing Actor in the film Pepeye Meje, and City People Entertainment Awards Best Accompanying Actor in the film Pepeye Meje (2015).

Odunlade Adekola was born in Abeokuta, the capital of Ogun State in southwestern Nigeria, on December 31, 1976. He was born to a choirmaster father who later became a priest in the Christ Apostolic Church. Pastor and Deaconess Adekola, his parents, are said to be natives of Otun Ekiti, which is a place in Ekiti State, Nigeria.
He attended Abeokuta’s St John’s Primary School and St. Peter’s College, passing the West African School Certificate Examination before enrolling at Moshood Abiola Polytechnic, where he earned a diploma certificate. He continued his studies and graduated from the University of Lagos with a Bachelors of Business Administration degree in May 2018.
Odunlade attended St John’s Primary School in Otun Ekiti for his primary school education, and St. Peter’s College in Abeokuta for his secondary school education, where he also sat for the West African School Certificate Examination. He continued his education at the renowned Moshood Abiola Polytechnic after finishing his studies at St. Peter’s College. At the conclusion of his studies at the university, he obtained a diploma certificate. He also graduated from the University of Lagos with a B.A. in Business Administration.

Adekola is married to Ruth Adekola. Due to some distinct and comic characters he played in his starred movies, he is also known by the nicknames: Alani Pamolekun, Sunday Dagboru, Mufu Oloosha Oko, and Adebayo Aremu Abere. The couple were said to have met in Abeokuta in 1995 at a Christ Apostolic Church vigil (C.A.C). After a few months of getting to know each other, the actor proposed to her. In the same year, they exchanged marital vows in front of their families and friends, formally sealing their love.
Ruth was born on November 2nd, as we gathered. She is from Ekiti State and is said to have studied at Abeokuta’s Moshood Abiola Polytechnic, where her husband also finished from. The lovely couple’s marriage has resulted in four lovely sons. Adekola and his wife welcomed their fourth child in Abeokuta in November 2015, while their third child was born in 2013.
ALSO READ: Shatta Bandle Net Worth, Biography, Girlfriend & Fun Facts (2021)

Odunlade Adekola, a veteran actor with a net worth of $2.5 million, is Nigeria’s most sought after actor. He also serves as a brand ambassador for a number of Nigerian companies and products, including Globacom, the country’s national telecommunications company.