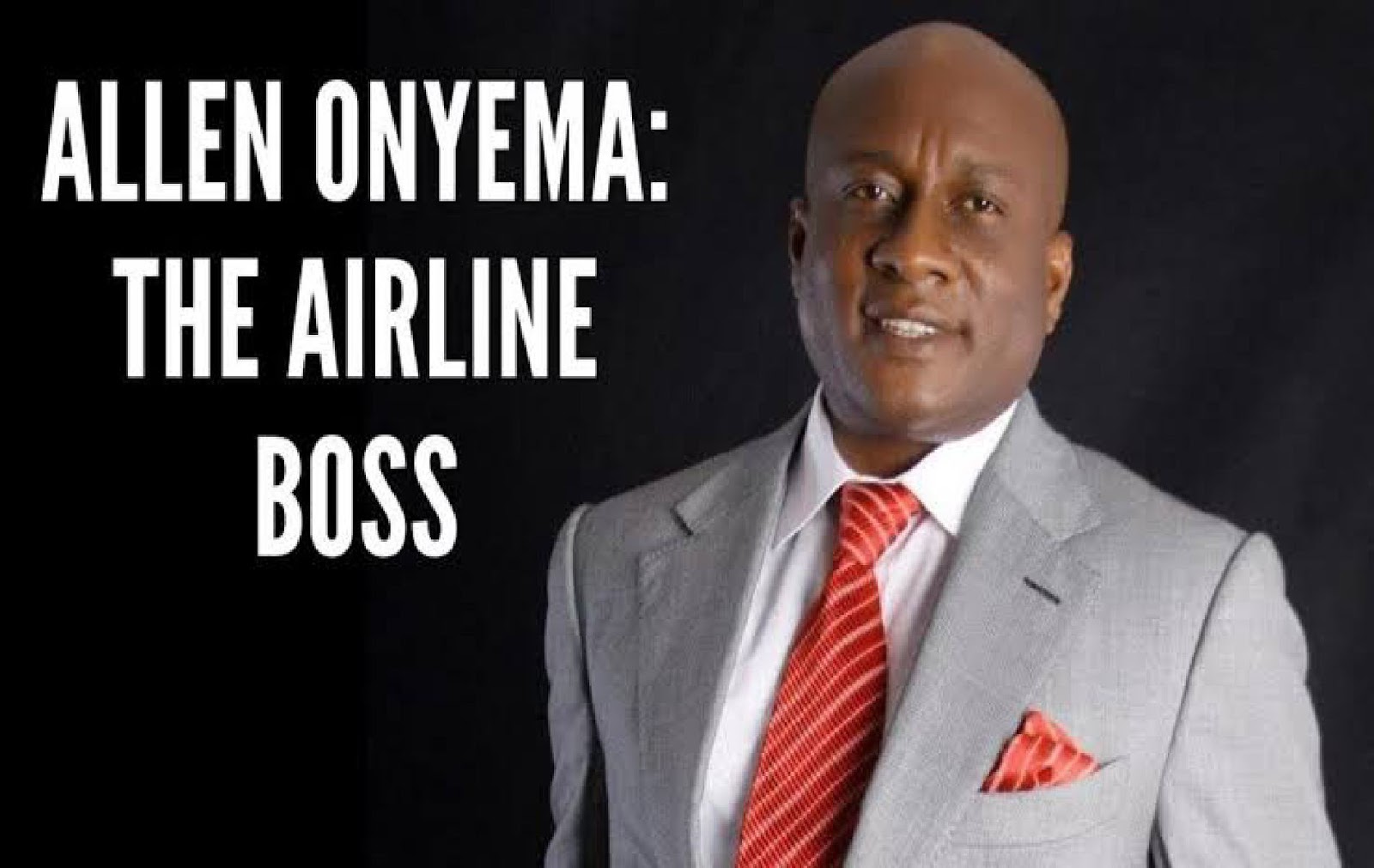 Allen Onyema; CEO of Air Peace Airline
Allen Ifechukwu Onyema is known as a Nigerian billionaire, businessman, lawyer and philanthropist. He is the Chief Executive Officer (CEO) of Air Peace, a private Nigerian airline that flies scheduled passenger flights and charters. Onyema is a conflict resolution specialist and subsequently doubles as the founder and National Chairman of The Foundation For Ethnic Harmony In Nigeria (FEHN). He is ,as well, the only Nigerian with University of Rhode Island level-three qualification in nonviolence education.
Allen Onyema is better known in Nigeria today for his philanthropic, selfless gesture of providing Nigerians in South Africa with a free return flight to Nigeria via Air Peace during the xenophobic act in September 2019. True to his word, he dispatched an airline to South Africa, which was initially rebuffed by the South African government before being granted permission to transport Nigerians with full documentation.
The biography of Allen Ifechukwu Onyema, the CEO of Air Peace, is discussed in this article.

Allen Ifechukwu Onyema (born 1964) was born in Benin City, Nigeria’s Niger Delta region, to parents from Mbosi, Ihiala Local Government Area, Anambra State, in the country’s south east. He is the first of nine (9) children and attended many primary and secondary schools, including St. Anthony’s Secondary School in Azia, Urhobo College in Effurun, and Government College in Ughelli. He graduated from Government College in 1984 with a Higher School Certificate and was immediately accepted to study law at the University of Ibadan the following year. Between 1987 and 1988, he studied law at the Nigerian Law School and was admitted to the Nigerian Bar in 1989.
After law school, his parents and uncle had hoped he would work for Shell. He, on the other hand, went against their position because he did not want to stay in Warri. His uncle, Capt. J.O.W. Onyema, a master marina who was the head of the crude oil export terminal at Forcados at the time, had a lot of connections in ensuring that he got into an oil company, but Allen Onyema had other ideas; he never wanted to be ruled by his parents and as a result, he rejected the decision to work for Shell and sought a solo life, which led him to move to Lagos in search for a job, in the year 1990.
When Allen Onyema arrived in Lagos, he squatted in Oshodi. He couldn’t afford taxis or buses, so he took the train to Lagos Island just to practice law.
Two months later, the late Chief Vincent Amobi Nwizugbo invited Allen Onyema to learn pro bono at his Lagos Island chambers on Martins Street. After winning a high court case considered to be “poor” for the company, he was soon placed to a monthly salary of N500.
Allen’s talents were so highly regarded by the late Chief Vincent Amobi Nwizugbo that he promoted him to head of chambers just two years after joining the company. Allen Onyema had made a fortune in real estate by this time and had to leave in order to avoid a conflict of interest in his dealings. He left to start his own law firm, as well as many other profitable companies.

Allen Onyema began making money in 1990 at Nwizugbo & Company, where he first practiced law and rose through the ranks to become Head of Chambers in 1992. He left the law firm to start his own firm, Continental Business Links Ltd, which specializes in import and export.
He had made so much money by 2008 that his interest was equal to what he was spending on real estate. He was convinced by a friend who assured him that owning one commercial Boeing 737 will provide employment for more than 150 people. Allen Onyema decided to build work opportunities, and after talking with his wife about it, he agreed to his friend’s idea. Air Peace was established in 2013.

At the age of 27, Allen Onyema married Alice Ojochide Onyema, a beautiful Kogi lady from the Igala tribe, in 1993. Since his mother died of kidney failure in 1991, he entered into an early marriage. Allen Onyema and his wife have four children: a daughter and three sons.
ALSO READ: Banky W Net Worth, Biography, Music Career & Family (2021)

Allen Onyema’s net worth is believed to be $500 million. Despite the fact that Air Peace planes are worth much more, they are said to have been purchased with bank loans, which he reiterated in an interview in 2018. Allen Onyema officially ordered 30 new aircraft in April 2019 for a total cost of $2.1 billion, bringing Air Peace’s fleet to 33.